How to Overcome the Stigma of Lung Cancer 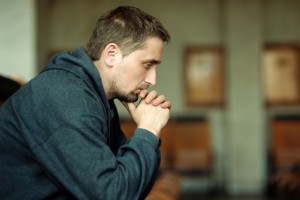 People with lung cancer face overwhelming stigma — much more so than those with other types of cancer. Even though as many as 20 percent of lung cancer sufferers never smoked in their lives, the link between cigarette smoking and lung cancer is so strongly ingrained in the public consciousness that it’s often seen as a self-inflicted disease that sufferers “deserve” to have.

Don’t let lung cancer stigma hold back your recovery. Surround yourself with supportive people and try not to let the insensitive comments of others bother you. Put your treatment first, even if you feel responsible for your cancer because of past smoking. You can’t change the past, but you can take control over what happens today. 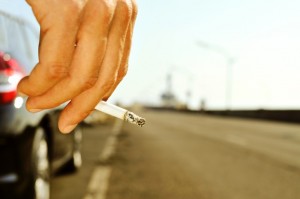 When you’re coping with feelings of guilt or embarrassment about getting lung cancer, having an understanding shoulder to cry on can make all the difference. Talk your feelings over with a friend, loved one, counselor, or support group. If you are a current or former smoker, talking to a support group of other smokers who developed lung cancer can help you learn new ways to cope with feelings of guilt and regret.

Surrounding yourself with supportive people can also give you a sort of buffer against insensitive remarks. Plenty of people say unhelpful things like “I didn’t know you smoked” or “My aunt Margaret died of lung cancer” when they hear about your diagnosis. For the most part, these people are speaking out of ignorance or their own fear of cancer and don’t mean to hurt your feelings. If you have a hard time responding to these remarks, a supportive friend or loved one could respond for you by pointing out that there are many causes of lung cancer, that not everyone who gets lung cancer is a current or former smoker, or that you’re optimistic about your own treatment.

Let Yourself off the Hook

If you are a current or former smoker, you may feel that you caused your own lung cancer. However, that’s not necessarily the case. Up to 20 percent of lung cancers happen in people who never smoked — in 2013 alone, 45,638 Americans were diagnosed with lung cancer despite never having smoked. So there’s no guarantee that your lung cancer is the result of your smoking.

Even if it is, you can’t go back and un-smoke all those cigarettes. You were or are suffering from an addiction, which means that even though you knew smoking was bad for you, you were not or are not entirely in control of your behavior. If you quit smoking in the past but still developed lung cancer, know that you did the best you could. If you are still smoking, get help to quit, but don’t keep beating yourself up. Guilt isn’t going to speed your recovery.

The guilt and stigma associated with lung cancer are powerful enough to affect even those sufferers who never smoked. Whether or not you’re a current or former smoker, you can’t blame yourself for your lung cancer — and you can’t allow others to blame you either.