All posts in Latest News

CHICAGO – Doctors are reporting a key advance in treating men with cancer that has started to spread beyond the prostate: survival is significantly better if radiation is added to standard hormone treatments.

Results of the study were given Sunday at a cancer conference, where other research showed that an experimental drug boosted survival for women with very advanced breast cancer.  The drug is being reviewed by the federal Food and Drug Administration.

The prostate study has the potential to change care right away. About 20 percent of the nearly 200,000 men diagnosed with the disease each year in the United States are like those in the study — with cancer that has spread to the area around the prostate.

“It is this group of patients in whom many of the deaths from prostate cancer occur,” because the condition is usually incurable, said study leader Dr. Padraig Warde, a radiation expert from the University of Toronto’s Princess Margaret Hospital.

These men are treated with drugs that block testosterone, a hormone that helps prostate cancer grow. Only about half also get radiation because of concerns about urinary problems it can cause. Even though these treatments have been used for decades, few studies have been done to establish their value alone or in combination.

The new study assigned 1,200 men to get hormones plus radiation or hormones alone. After seven years, 74 percent of men receiving both treatments were alive versus 66 percent of the others. Those on both treatments lived an average of six months longer than those given just hormones.

Serious side effects occurred in less than 2 percent of men in either group.  The study was sponsored by the National Cancer Institute of Canada.

The results show that “radiation is an indispensable element in the treatment of patients with high-risk prostate cancer,” said Dr. Jennifer Obel, a cancer specialist at Northshore University Health System in suburban Chicago who had no role in the study.

“It’s a practice-changing study in certain countries,” especially in Europe, where more men are diagnosed with locally advanced tumors than in the United States, he said.

The breast cancer study tested eribulin, a drug derived from a sea sponge.  Unlike Herceptin and other gene-targeted drugs that have been the focus of cancer research for the past decade, this one is a chemotherapy — a drug that kills cancer cells, in this case by attacking cell division in a novel way.

The study tested it in 762 women whose cancer had either recurred after initial treatment or had spread beyond the breast. All were getting worse despite having tried an average of four previous drugs.

Two-thirds were given eribulin, and the others received whatever treatment their doctors wanted to try, since there is no standard of care in this situation.

Median survival was just over 13 months for those on eribulin versus less than 11 months for the others, said study leader Dr. Christopher Twelves, of St. James’s Institute of Oncology in Leeds, England.

About half of women on eribulin had typical chemotherapy side effects — fatigue, low white blood cell counts, loss of hair, numbness and tingling in different parts of the body. About one-fourth of women in each group had serious side effects related to their treatments.

The study was sponsored by Japan-based Eisai Inc., which last week received a promise of quick review from the FDA. A company spokesman said no price has yet been set for the drug.

“There aren’t many drugs that show a survival advantage in this setting,” and the amount of benefit seen in this study gives eribulin “a reasonable chance” of being approved, said Dr. Eric Winer, breast cancer chief at the Dana-Farber Cancer Institute in Boston.

More than 1 million women worldwide are diagnosed with breast cancer each year. In the United States last year, there were an estimated 194,280 new cases and 40,610 deaths from the disease.

The studies were reported at the annual meeting of the American Society of Clinical Oncology.

We had a wonderful open house back in March and would like to share with you all some of our favorite moments! 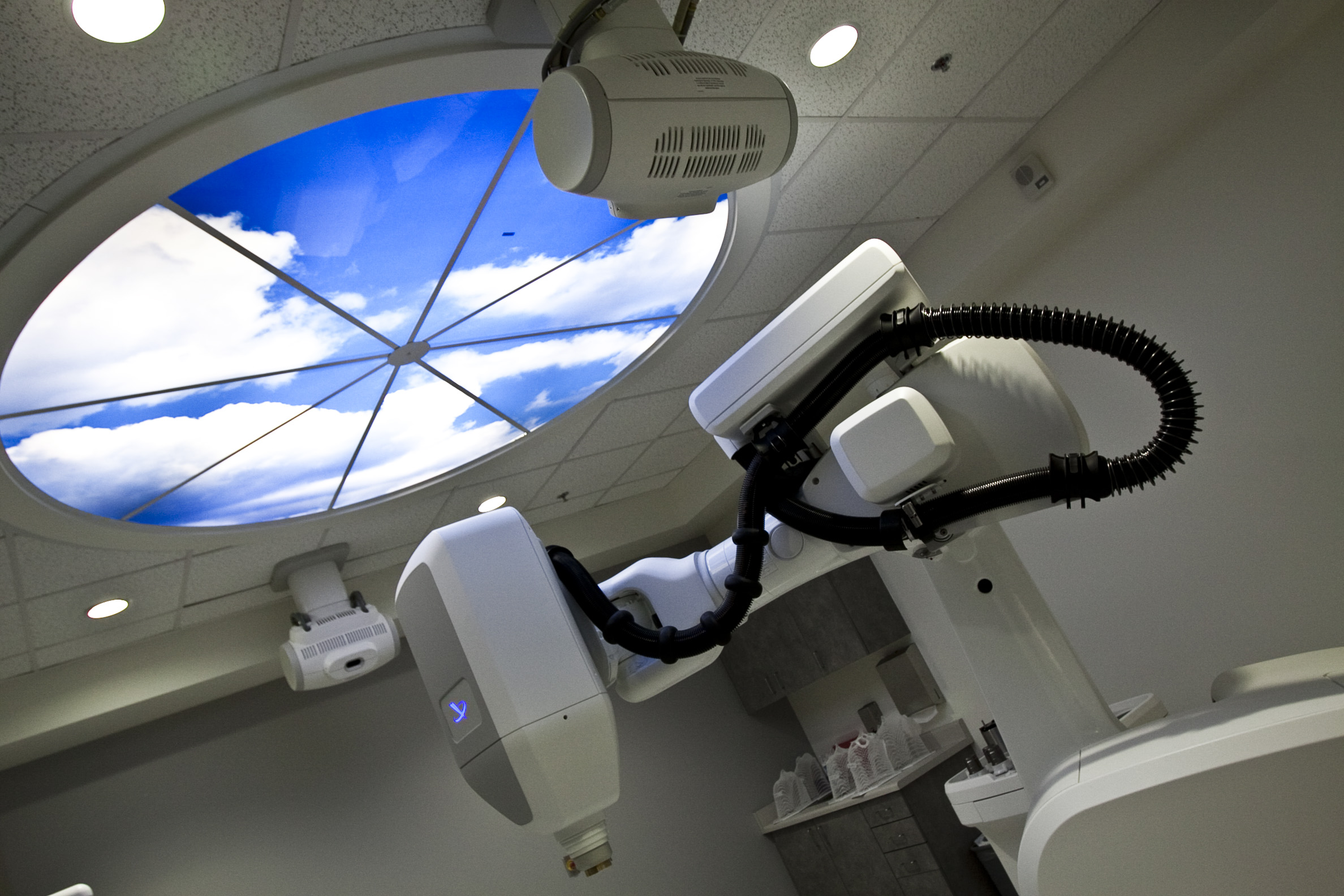 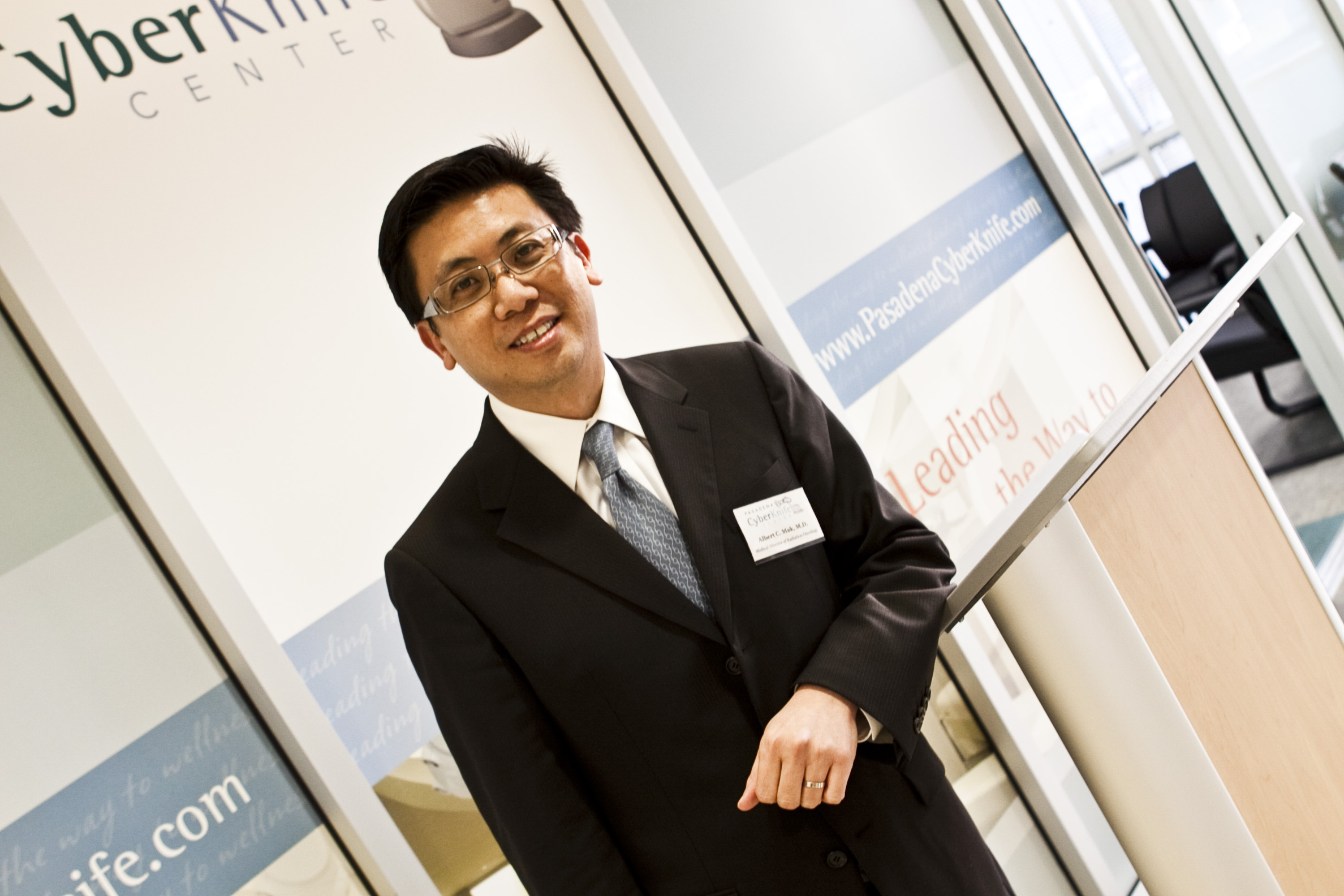 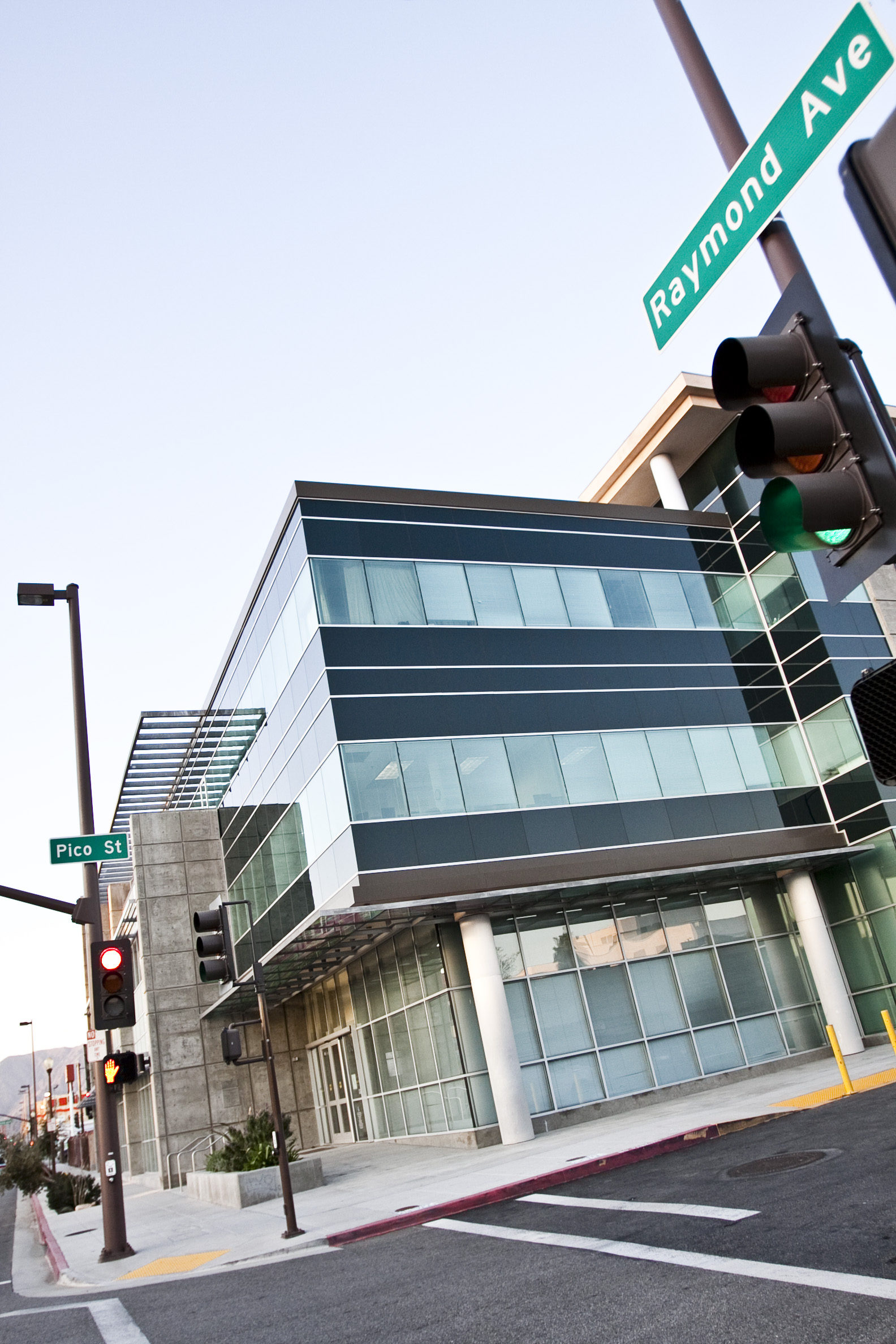 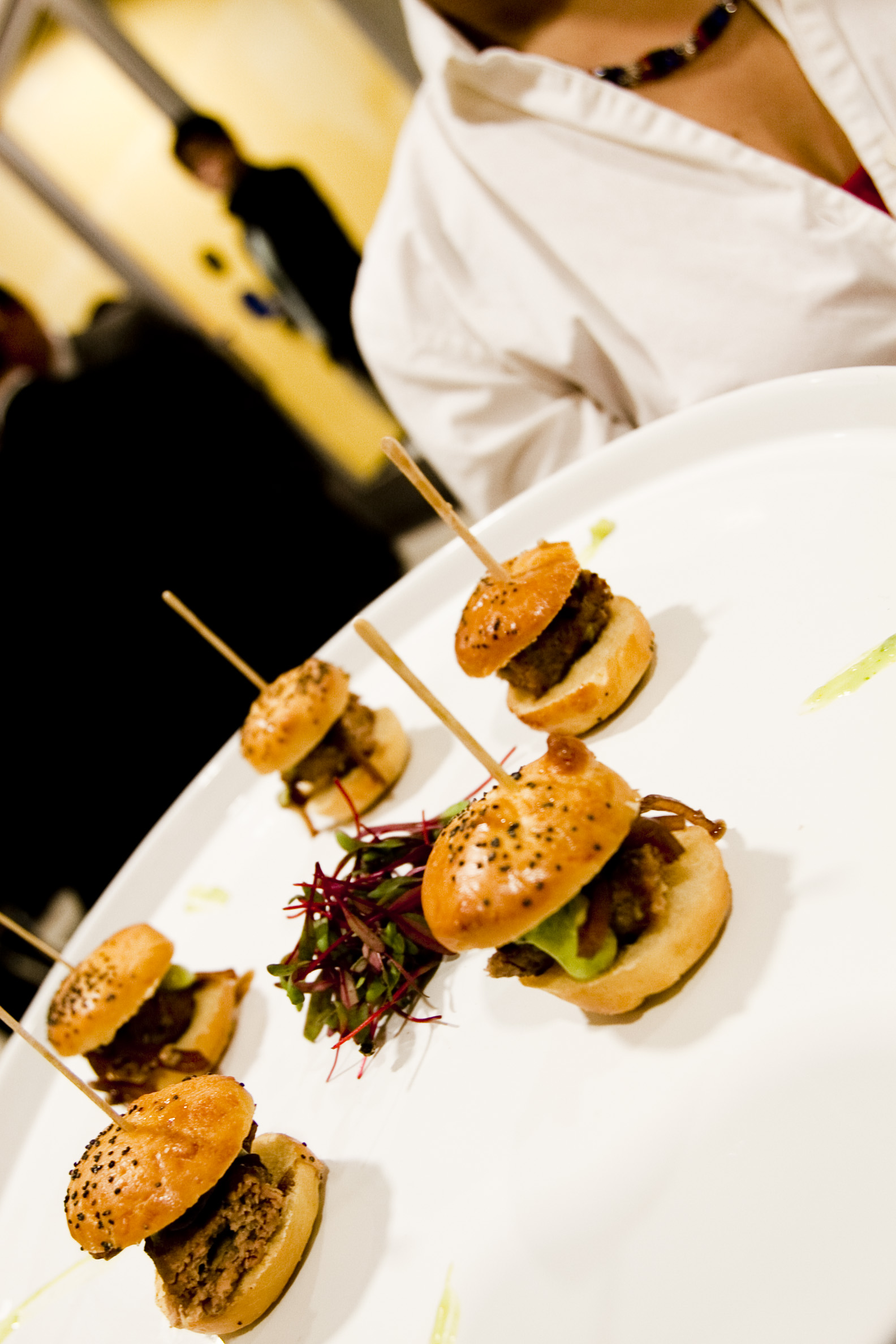 Who can say no to these yummy sliders? Not us! 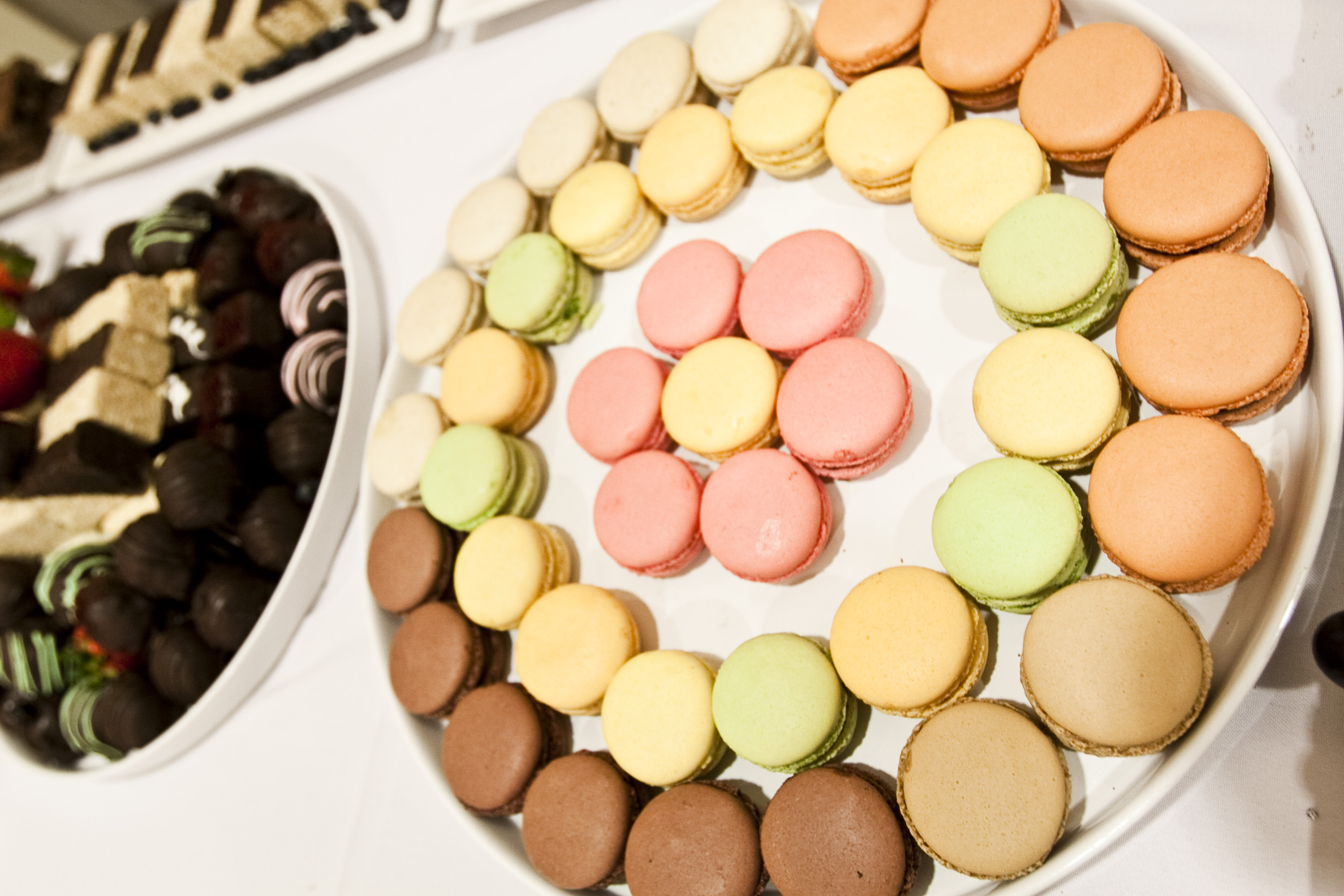 These macaroons made the evening even more special and memorable! 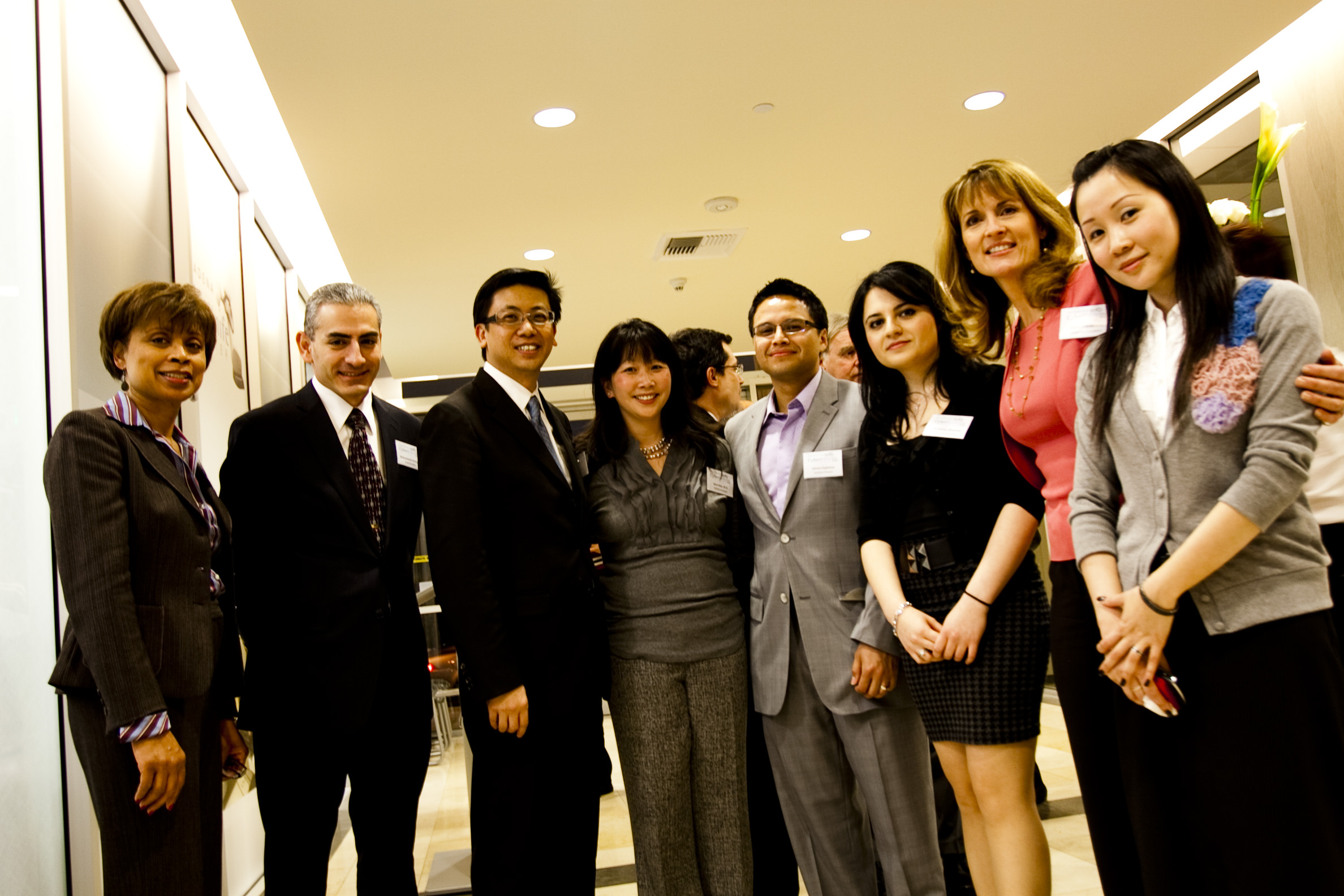 The wonderful staff at the Pasadena CyberKnife Center =) 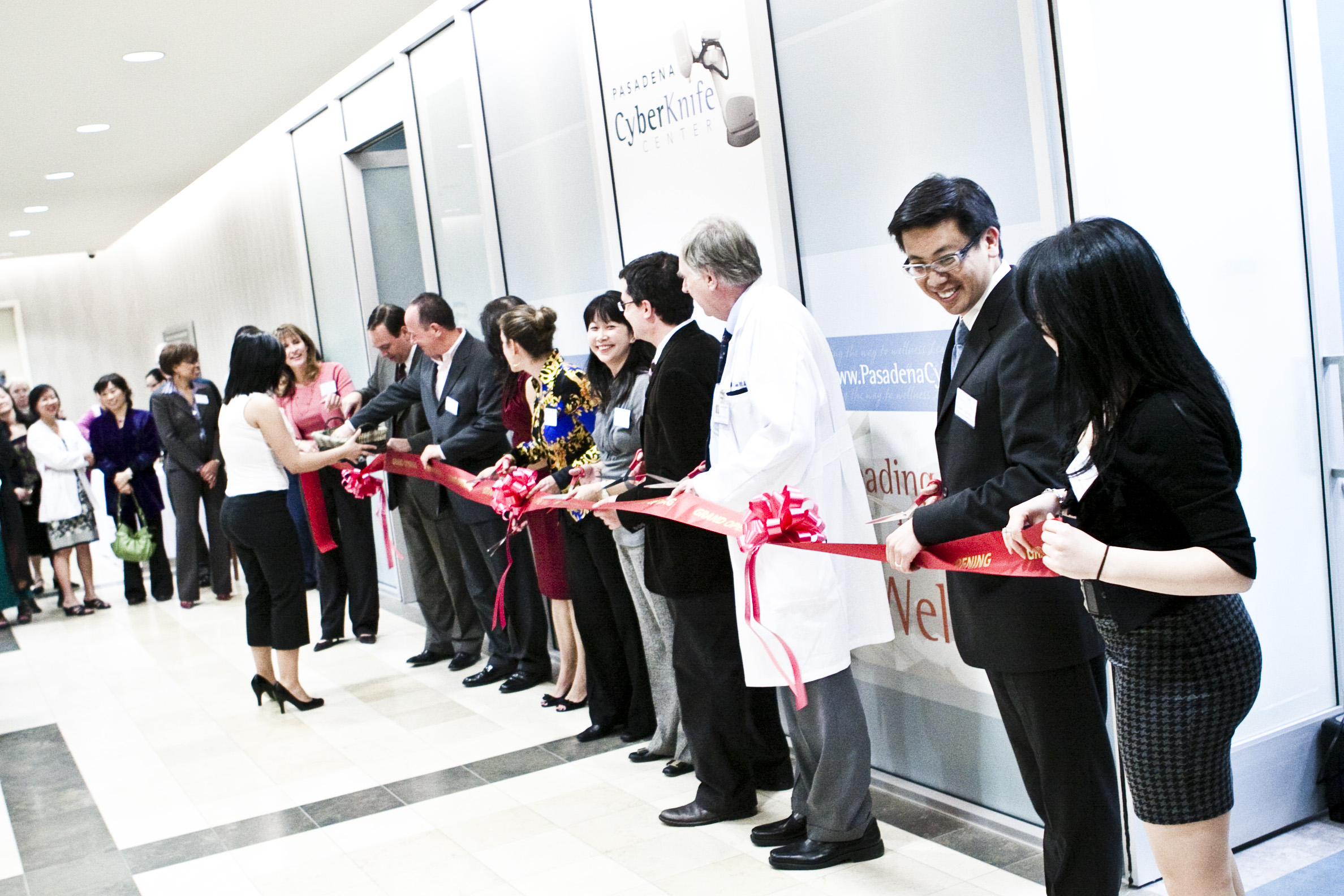 Everyone, let's get ready! 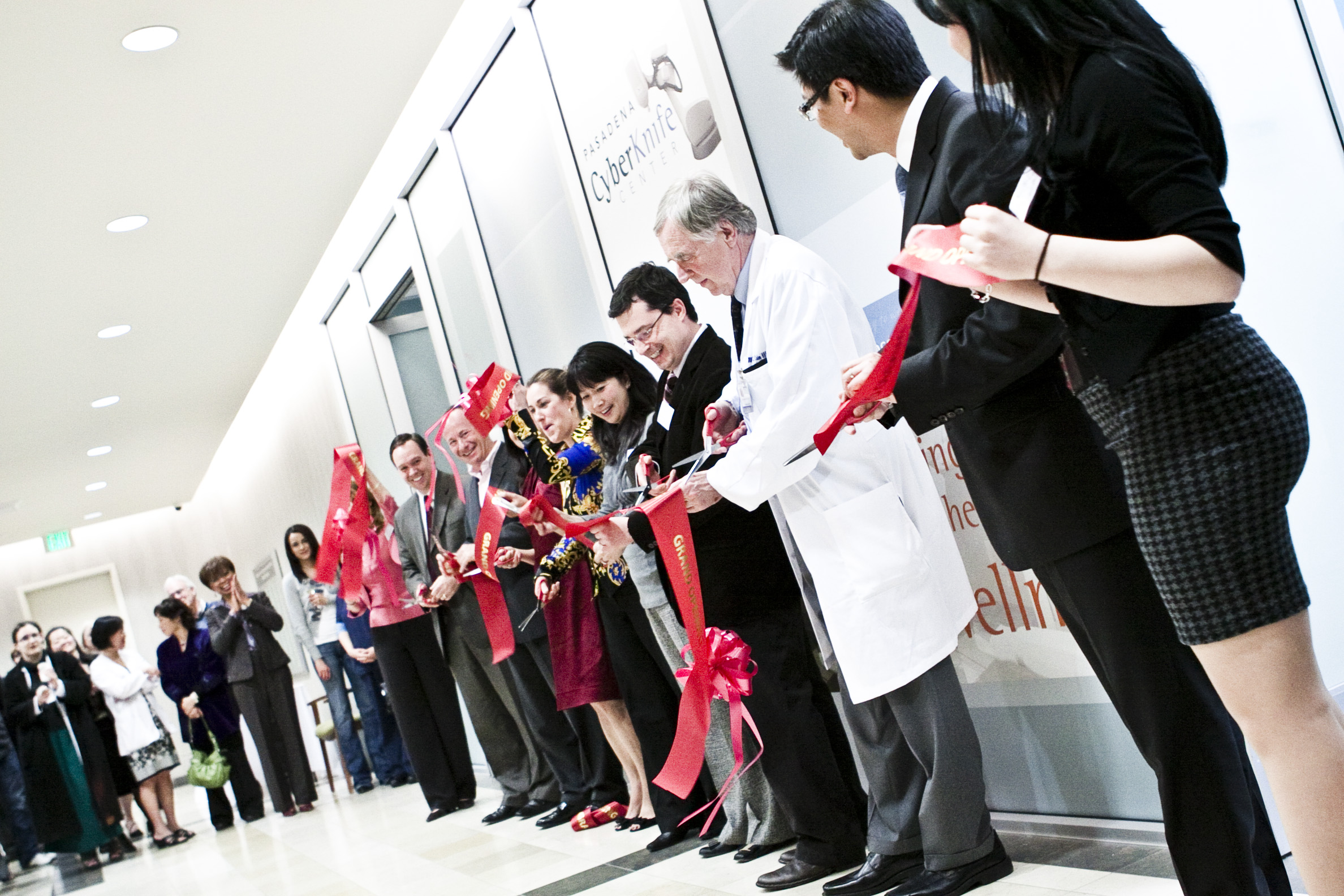 We wanted to thank everyone who took time out of your busy schedule to attend our Open House.  We had a great time and hope you had fun too!  For those who were not able to join us but wish to visit our center, please do not hesitate to contact us!

We came across this interesting article and thought we should share it with you.  Enjoy =)

Advanced cancer patients who regularly received massages averaging 14 minutes or more by a partner or family member declined in stress scores over four weeks, according to results of a study reported at the 7th annual conference of the American Psychosocial Oncology Society.

In the study, sponsored by the National Cancer Institute, 97 care partners followed the instruction of a DVD program to provide massage to patients at home. The multi-ethnic sample represented 21 types of cancer (nearly half with breast cancer), over half with either stage III or IV cancer.

The study looked at the effects of massage by a care partner (spouse or family member) over four weeks. According to the principal investigator, William Collinge, PhD, president of Collinge and Associates, “The number of massages averaged about four per week across all patients, but the duration of massages was particularly important for stage IV patients. At four-week follow-up, 78% of those who averaged over 13.75 minutes per massage had reduced stress scores, while only 15% of those receiving briefer massages did, a significant difference. It appears that 14 minutes is some kind of a ‘tipping point’ where the effects of massages by family members accumulate and reduce stress in these patients over time.”

The study also looked at the immediate effects of massages by care partners and found significant reductions in stress/anxiety (44% reduction), (34%), fatigue (32%), depression (31%), and nausea (29%). These reductions are on a par with what might be expected from a professional massage therapist, Collinge said, and bode well for improved quality of life in cancer patients.

According to Collinge, “It appears that care partners receiving video instruction can achieve some of the same results as professional practitioners. This has important implications for patient quality of life, but also for caregiver satisfaction. Caregivers are at risk of distress themselves – they can feel helpless and frustrated at not feeling able to help. This gives a way to help the patient feel better and increase their own effectiveness and satisfaction as a caregiver. It also appears to strengthen the relationship bond, which is important to both.”